John E. Coonley
John was born and raised in Hampton, Iowa, and was a 1975 graduate of Hampton High School. In 1979, he graduated from Arizona State University (cum laude) and then went on to graduate from Arizona State University law school (now the Sandra Day O’Connor College of Law) in 1981. John then moved back to the Hampton area and has been practicing law with Coonley & Coonley since 1982. He has served as President of the local Rotary Club, a member of the Hampton Country Club Board, and has been involved with various fundraising efforts, such as the Franklin Wellness Center. John’s wife, Elaine, is a C.P.A. with the firm of Coonley & Heilskov in Hampton, Iowa, and they have two sons. John enjoys playing golf, travel, photography, music and the arts.

Bradi L. Moore
Bradi has been a paralegal with the firm since 2007. She also grew up in Hampton and graduated from Hampton-Dumont Community High School. Bradi is a graduate of Buena Vista University with a B.A. in business management. Her husband, Greg, is a mechanic with the Iowa Department of Transportation, and they have one child. Bradi enjoys travel, reading, camping, music and the arts.

Abby J. Baltes
Abby grew up in Hampton, and graduated from Hampton-Dumont High School. She graduated from the Aveda Institute of Des Moines with a cosmetology degree. Her husband, Tyler, is an applicator for Ag Vantage FS in Thornton, they have two children. Abby enjoys spending time with family, cooking, music, and football. 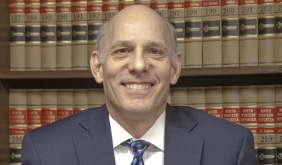 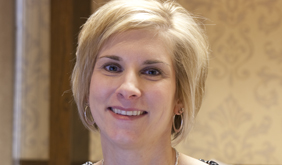 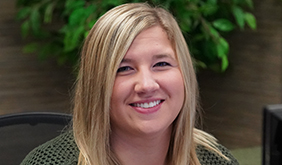